Pontoon 21 Grabbed 95SF, which will be discussed, not loudly announced anywhere and not seen in sports breakthroughs. One side, that's not bad. The cost is not overpriced, you can’t call it scarce. But the working qualities will quite suit the beginner, and professional. Grabbed fits well into the niche of subsurface baits for working in overgrown places.

so, we have bait length 95 mm, weighing 8g and with real deepening to half a meter. However, when working in grass windows, drive it to such a depth will not work. Focus on 10-20 cm from the surface, he just won’t have time to go deeper, Yes and not much is needed. Such a depth under these conditions just implies, that the bait will be in the same horizon with the pike hiding under the water lilies. In the summer, perch is also found there.. Generally, then, what do you need. 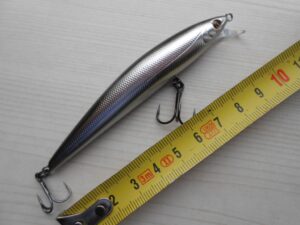 Tungsten Moving Balls is responsible for the range and stability of flight in Aggaron. (TMB), ball system, which changes the center of gravity of the lure when casting, leaving at the right moment in the tail of the bait. As soon as posting begins, balls fall into place, leveling the bait. At the same time, the KKBS balancing system is included in the work, which is responsible for the vibration on the ascent and sound, i.e, works like a rattle. This is a separate ball., which sits loosely in the nose of the bait. 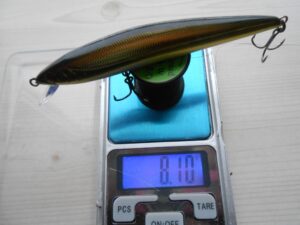 By classification, our Aggaron belongs to the class of slowly pop-up lures.. There is a small nuance here - when using a 15-cm string as a leash and fastener, this wobbler becomes rather a suspender, and eventually drowning, at least, in the 95th size. But the bait is large, eg, 140 mm, will pop up with standard equipment with a leash and fasteners. 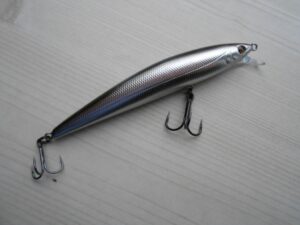 Then, what Aggaron really does well, so it's realistic, very attractive tweaks. At the same time, this particular wobbler “manages” to neatly fit his movements into the narrowest windows between the vegetation. If the throw was accurate, then two or three medium jerks are guaranteed without a hook. There is no explanation for this feature., but the fact remains – nor Saunda, neither Cablista can. 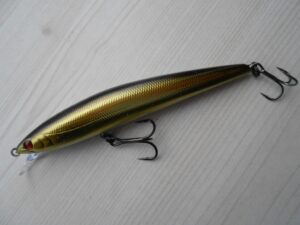 A few words about color options. Feels like, combined turned out to be successful, where one side is golden, another silver, he is called 777 Alumina Dublet-2. Besides, pay attention to the color A62 Crash Fresh Chartreuse Silver, this is a wobbler with a clearly visible bright stripe on the back. It is very convenient to work with him in swirling and overgrown peat ponds - you can see the bait from afar, you can effectively control and manage it. And so, judging by the catalog, all other colors will be working, therefore, you can not worry too much about it, and take it, what is available. 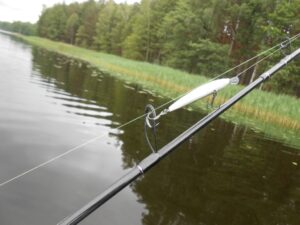 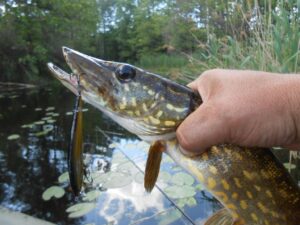 It looks impressive, However, most efficient large Aggaron operation, will be, rather, late fall. Wherein, the application narrows to shallow watering - it is not easy to raise a pike from a depth at such a time. But for work in the summer, over the grass, 125-th and 140th, still too big. Though, this is just a separate opinion. Need to try, quite possibly, that these large wobblers will find themselves in the night fishing of zander on braids and shallows. 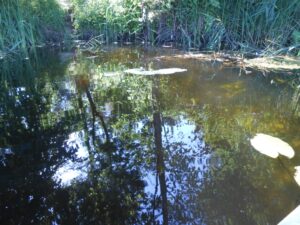