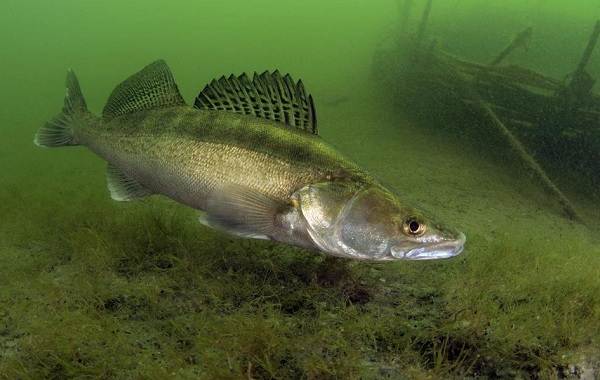 With the arrival of early spring there is actual fishing walleye from the shore. Sure, not all lucky. Fanged nature – it is quite a complex predator and is available only for experienced spinnings, Knowledgeable about the habits and preferences of the fish.
Sure, most anglers know, that spring – the spawning ban, so for them it is quite difficult times. In spring fishing are making their adjustments and spawning migrations, and flooding. Not every fisherman will find the right approach, not to be left without a catch.
Fishing for walleye in early spring is passive, because fanged has not regained consciousness after the winter and too sluggishly responds to the bait. Actively fanged fish in the spring as possible after, water warmed to 10 ° C.

Predator becomes more active and have different responds to the bait and preparing for ikromotu.
before the onset of spawning predator begins to actively feed. For its perch spawning places moved long ago beaten paths. These paths run along different channels and parquet with an average depth. Experienced fishermen know very familiar waters, where there are places, where a high probability of catching walleye. Typically, these sites are classified for possible competitors.
During the journey to their spawning grounds fanged does not stop the hunt for fish fines. He often lingers there, which has accumulated a lot of fish trifle and arranges hunting in these places. It may be rifts, sand bars or piled in depth. Fanged with rising water temperatures becoming more active, and perch fishing in the spring becomes more effective. However, strong biting is often interrupted by long pauses. In this case, fanged begins to ignore even the most tempting bait.

Spring fanged often catch up the night, but it often happens, that the most active predator biting occurs only at dusk. Bait in such moments pike lacks confidence and greedily. It is at such moments of anglers on the hook get these trophies. With the onset of spawning fanged stops actively feed, and hope for his biting is not necessary. It behaves as fanged predator throughout April.
With the arrival of May fishing for walleye less active, than in April. And catch him in May, slightly more complicated, than at the beginning of spring.

Strong influence on the catch has an increased water level, make room for the strong, and weak activity fanged. However, at the end of the month fishing for walleye is becoming signs of the summer fishing.
The buzz of success fishing in the spring significantly affects successfully selected location. A correct choice of a place, in its turn, It depends on knowing the location angler to gossip trails. Pay particular attention must spinnings to fish piled and rifts, seats, where a lot of snags or trees are, fallen in water. In steep banks fanged looking for places with sharp ledges and pockets.

Often perch looking next to the small grassy islands. If these islands are located in the place, where the river channel is divided into several branches, the search for perch are still more likely to succeed. Very promising may be the place, where there are old women or bays.

In such places, walleye can be concentrated in large quantities in anticipation of spawning.
After graduating ikromota perch back to their usual possession, and there zander is already happening until late autumn. 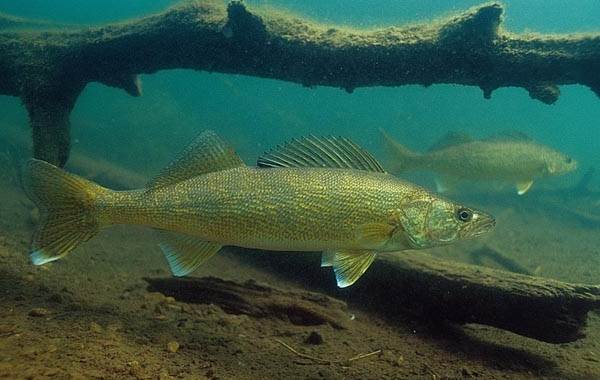 seats, who are primarily interested in walleye - it rolls, located in the riverbed, deep whirlpool, zakoryazhennye place and piled deep. Attract predators and various waterworks.
Coastal fishing walleye in spring is very similar to fishing at other times of the year, but there is here and its subtleties. Most often, this predatory fish are caught on jig lures. Some fishermen prefer spaced attachments and retractable leash.

If the spring walleye caught by the jig, then this, usually, The usual equipment and bait. However, sometimes it is necessary to apply the bait, having greater ogruzku. The reason is simple – high water level and a strong spring for.
Spring fishing for walleye from shore requires the use of a sufficiently long spinnings spinning. This is due to the fact, anglers need to maximize casting distance, to the most delicious places to fish. Therefore, the stick must have a length of at least 2,7 m. As for the stick test, it must be within 15-40 g. Ideally, the rod must have acceptable sensitivity and medium-fast action, coil respectively have spool with minimum volume 2500.

Cord and provides good control over the tackle, and good sensitivity. Despite, that walleye are no such sharp teeth, like pike, leash snap-on should be present.
A bit of bait. For catching the spring perch is no need to use a wide range of. Come in handy a number of different models vybrohvostov, tvisterov and foam rubber baits. Summary catching fanged occurs in the bottom layers, or from the bottom.
inedible silicone lures early spring are the most in fishing efficiency has not progrevsheysya water. However, after the warm-water spawning walleye and leadership it will have for the edible gum. These baits have a specific impregnation and attract predators, located at a considerable distance from the catch point. As for the color buzz baits, something with it need to be determined directly at a spot of fishing.