November is the month, which is marked as the last month of autumn. Many waters can see the first ice, much colder weather. All these changes affect behavioral activity and feeding. pike. 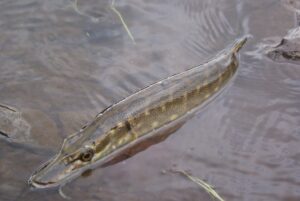 Features of fishing in November

Pike fishing this month has its own characteristics.. You can catch pike like from ice, so in open water. First of all, in November they start to freeze bays and small lakes. It is in these places that you should triple your pike hunt.. November is the theme of the months, when pike stocks up with fat, therefore, she begins to actively respond to almost any bait.

Where to find pike this month

With the onset of November, the temperature drops sharply. In this regard, it is worth noting, that the lower the temperature becomes, the greater the chances of catching pike. During this period, she begins to search for a place for wintering and very rarely rises to the surface.

The ice in November is very thin, do not forget about it. Therefore, when fishing for pike from ice, there is a great chance to fail. Minimum ice thickness must be at least five centimeters.

Because, that the pike in this period lies to the bottom, she eats from the bottom, namely dead fish. Therefore, that her fishing should be conducted on dead fish. Also during this period, pike loves large balancers different colors, she especially likes the red-copper colors. The best time to bite is early morning.. In the daytime, biting is practically not observed..

Pike should be caught in places, where there are deep holes, as well as places, rich in vegetation.

Regarding gear, it’s better to use a regular float rod in place with a weak current. Casting should be done like this, so that the bait sank to the bottom, if a, sure, it's not about places, rich in vegetation. In this case, the bait should be left a meter from the bottom.. 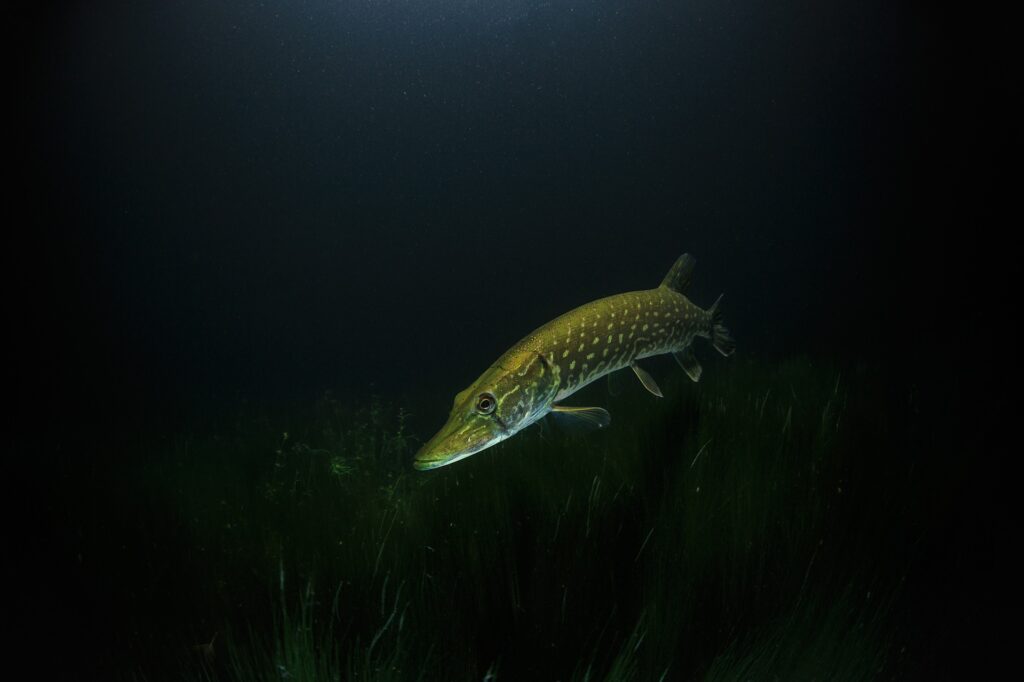 The specifics of pike fishing in November

In November, the process of swallowing pike bait differs from this process in other months.. Pike tries to capture the bait on the go., then makes a stop for a while and tries to turn the bait forward with his head, and then swallows it. The float, in turn, initially moves to the side, then it starts weak jerking up and down and after jerking will go completely into the water. Cutting must be done then, when the float is not visible on the surface of the water.

Things to remember when fishing in November

Because, that the month of November is already marked by negative temperatures, primarily, going fishing, should be mindful of your health. The following things must be taken with you:

– thermos with hot tea: you should drink one cup of tea every thirty minutes to maintain the necessary temperature in the body;

– going, which should be as satisfying and nutritious as possible. 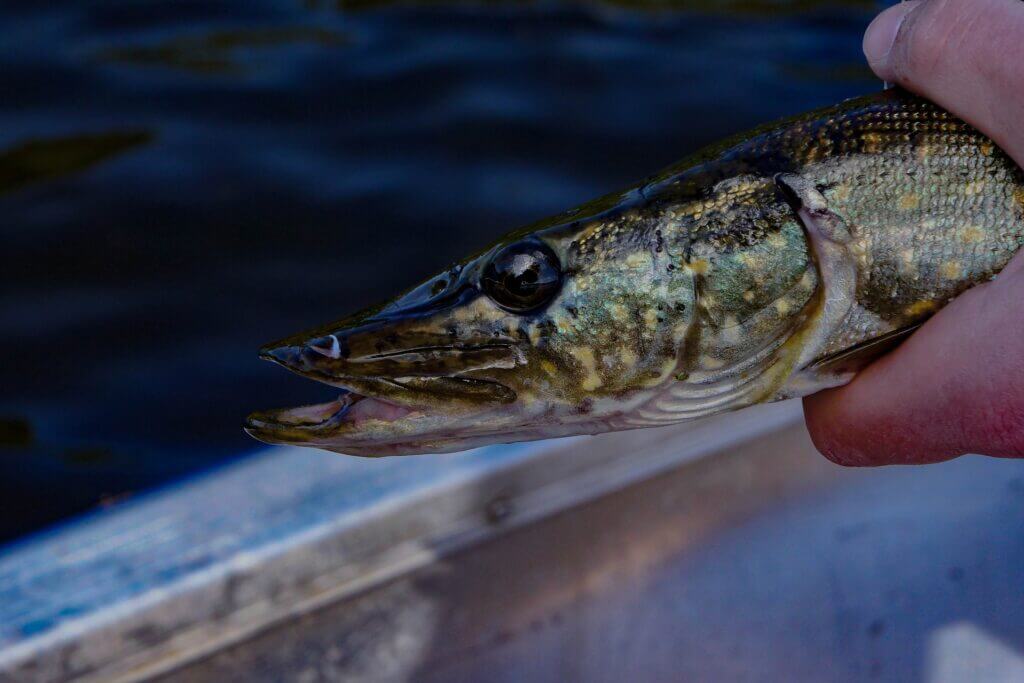