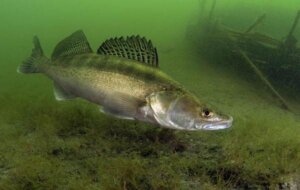 Pike perch lives in calm waters deep 2-30 m, but mostly found in the depths 2-3 m. It tolerates water temperatures in the range 4-30 ° C, but does not tolerate very low dissolved oxygen water. Although zander is mainly listed in the lakes, this species has spread throughout Europe, migrating through rivers and streams, and is currently present in more than 2500 lakes. 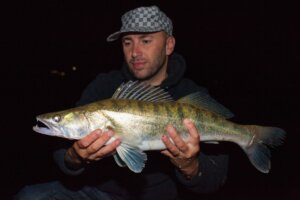 Most fishermen, that hunt zander, encountered unusual behavior of this kind. Long stretches of hard fishing can completely change in a second, and, as soon as care for the period has begun, this is, usually, again. Problem areas, which one day create incredible fishing, can be completely dead and surrendered the next day.

In spring, you find zander in deep water near the generation sites, however, for the remainder of the year, you will find huge fish in the deepest areas of the lakes or around them. In waters with few deep holes, thrilling spots are limited., but in huge lakes in some cases he tries to find a needle in a haystack. Try to understand, how zander and its victim behave like this, how do you fish.

During idle times, pike perch can remain on the base or in very deep water, and when it becomes more dynamic, he rises vertically. The more dynamic they, the closer to the surface you find them. In nutrient lakes, zander is additionally found high in the water during warm summers due to the low oxygen level at the base. Zander can also move, starting from one territory, then to another in the light of the wind, temperature, food and production. 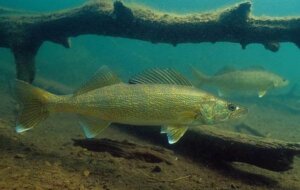 After numerous long jerks, a serious decent image of regular movements of zander in one of the nearby lakes appears. Immediately, when the ice disappears, zander is found in the depths of only 1-3 meter for six months. Pike perch and its prey are supposedly being drawn into areas, where the water heats up quickly. At that moment, when the temperature of the water rises. Sudak moves to deeper territories again, before they gradually return to the shallow water generation sites by the end of April. After breeding, the pike perch gradually returns to the deepest territories of the lake. From time to time you have here, in the center of may, great fishing, and in different years it takes another one or two weeks, before most of the huge zander gathered in the deepest areas or near them. Here they remain at this moment in the summer, during harvest and in winter.

Sure, depicted movements – tough speculation. As for zander, then, sure, there are no principles without special cases. There is a constant variety between different waters, depth-based, base structure and type of bait, which is predominant. Anyway, part of this experience can be used in different waters.

Warmer areas.
Outside and outside dumps on the protected side.
Deep places with lots of fish food.
The deepest parts of the lake.
Outside and outside, landslides from the wind.
Structures, that disrupt the normal picture.
Hard areas in or near deep water

When did you find the great zander, most of the battle is won.

In some lakes, fish like to stay close to rugged islands or slopes. In others, you find them in great water.. And in small lakes, zander does not regularly travel so often., and you often find them in almost similar territories. Climate affects large waters more and more, and here is zander, usually, will move additionally. Territories, presented in the wind, constantly intriguing, and worth checking, that the breeze carries the previous days, when you fish. Warm surface water follows the wind. And from time to time you may find zones, where is the temperature on 1-2 degrees higher. Zander is often found here.. In cooler conditions, zander sometimes leans towards protected areas., and with probability, that you will not find fish on the side of the deep hole, you should try to do it from the opposite side.

Better with a navigator

In case, if you find one zander. Be almost sure, that in a similar region there will be more fish. Usually mark places, where you can find huge zander on GPS. At that moment, when you have similar water, you will see an example. Not by chance, that large fish occurs in a specific place at a specific time. When you know the problem areas, you can usually return to the same place. At this point, more attention is paid to patience and tension during periods.

Numerous fishermen say, that aiming at huge zander is difficult. Rather, you need to get any number. Which may be allowed, and believe, that the main major zander will come later. You can significantly increase the average size. Fishing in water with big lures and in the right waters.. When did you find the fish, consider that you won.