From an efficient nozzle, bait depends on the success of fishing in each specific season. Spring Fishing Bait. Nobody argues, that fishing is not just a hobby, it's a whole science. Spring, most fertile season, so to speak. The fish goes through all stages of development very quickly in the spring., as the water warms up. Many factors contribute to this., and the emergence of vegetation around the reservoir and the transformation of various larvae into insects. In addition, it begins and spawning.

At this time, the fish prefers animal feed. Its useful to note, that preference is given to shallow feed. bloodworm, eg, I like fish very much. The thing is, what's in the spring, not enough plant food, and the belly of the fish is "crammed" with sex products, so no fat. Big piece, as the saying goes, won't fit into the belly, here is the fish and feeds on trifles.

However, when spawning takes place, then to catch large fish you have to use baits, impressive in volume, relatively, sure. 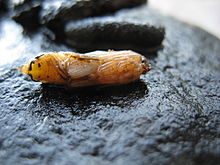 Experts use dragonfly larvae at this time., caddisfly, maggots or just a worm

But in the afternoon, when the water is already warm enough, the bait has to be changed. It happens, that at this time the most effective bait becomes corn grain, pearl barley and dough. 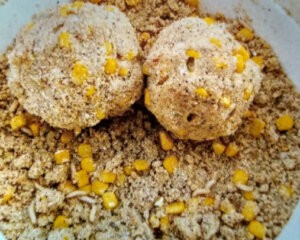 When suddenly the fish begins to change their gastronomic preferences, then for fishing you have to take a fairly wide range of baits. Here it comes out, that fishing is not easy. In this case, it is necessary to take into account both the terrain and the predilection of fish of one type or another..
Here, eg, crucian carp. 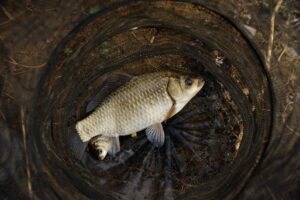 In the spring he is very picky about food.. And within one day he constantly changes his diet. In the morning he eats breakfast with a worm or bloodworm. Dines, at noon, maggot, and then may prefer exclusively barley or semolina. Here is such a fussy crucian carp. 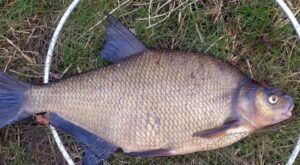 But the bream is almost constant in its predilections.. Sure, it can be caught with various lures, however, the bloodworm remains his favorite delicacy. In any body of water, in any area bream is a great lover of bloodworms.

Nobody argues, that all kinds of vegetable nozzles in early spring do not give the desired effect. Therefore, attention should be paid to fragrant baits.. In all this spring mess, fish is able to recognize any odors. 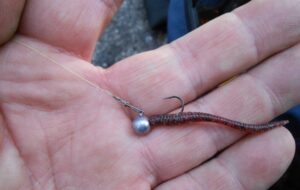 Worm on a hook

First on the list is the worm. Its volume is decent, Brown colour, which means, it is easy to see it in muddy water. Besides, the worm is such a harmful creature, that even punctured in several places, continues to wriggle and writhe, what attracts fish, creating water vibrations.
But, you also need to be able to plant a worm. The hook needs to be applied humanitarian, that is, sparing. The worm has a nerve border around its head., barely discernible, it cannot be damaged. This is a kind of brain and if you damage it, the worm will hang on the hook with a dead string. Plus the smell of a worm, very familiar to fish. It washes it off the groundwater in the spring, and even predatory fish distinguish its smell well. These worms are a dime a dozen around. It is also called an earthworm.. Yes, and there is a "dung" worm on sale, which has a very bright and attractive smell for fish. Using a worm, fishing turns into a pleasure.