Perch – fish schooling. The larger specimens – the smaller the flock. Most large flocks perch consist of small fish. Dwell primarily on bottom. The most common of all the perch in the reservoirs, in areas of flooded rivers, on all kinds piled, in pits, mainstream. In order to catch perch, you need to understand the characteristics of its habitat and food. 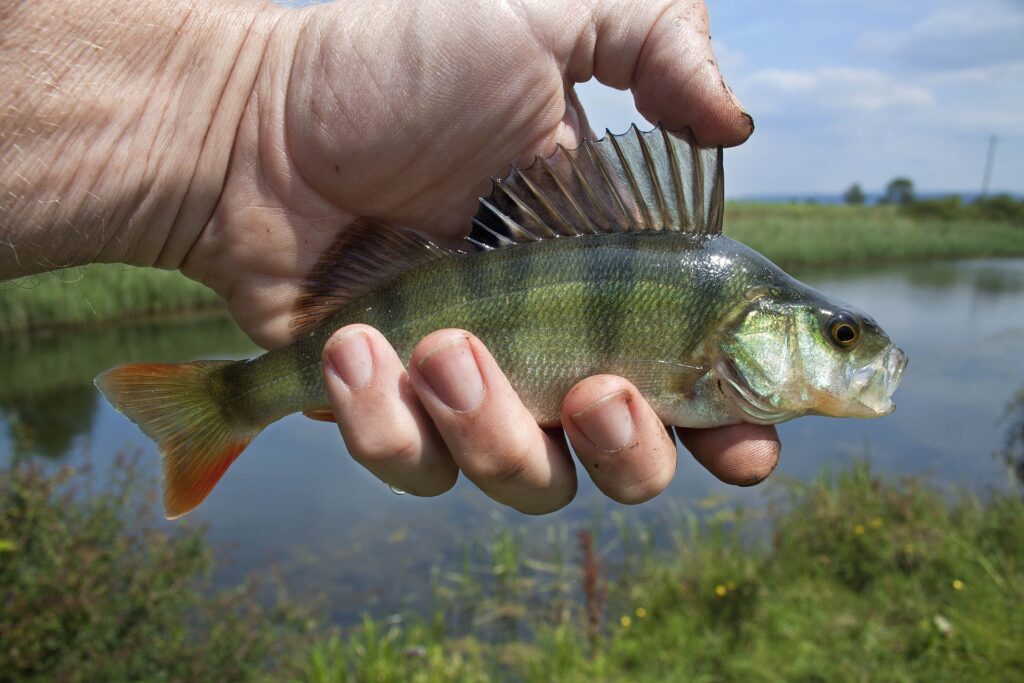 Very often perches flocks are moved from one place to another due to changes in the water level in the reservoir. Thanks to the color striped bass perfectly camouflaged against the backdrop of snags, branches, herbs. This allows you to sneak up on its prey. But the pursuit of the victim it is very agile, there is a lot of noise. Perch is the victim of his own path, exactly repeating all movements. One of the signs of a perch in the reservoir – presence in the water fish jumping. 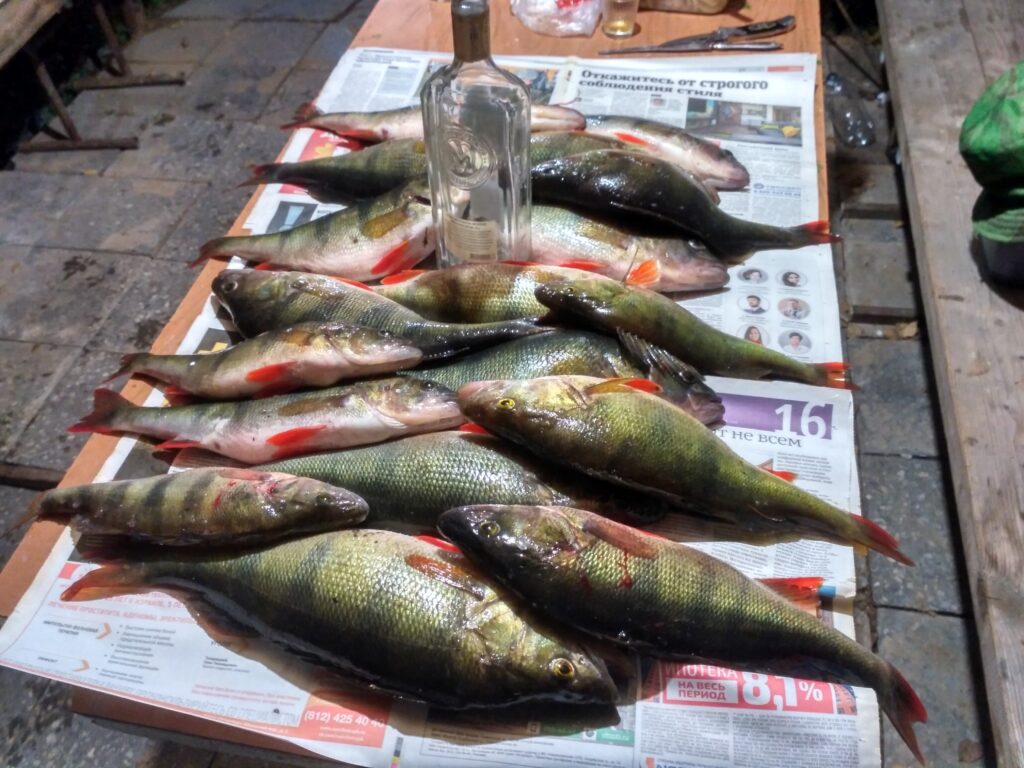 To power the bass picks daytime. Catch it all year round. After leaving the ice with perch river out to the coast, leaving the deep places of the river. The best time of biting – a week after spawning. Fish is on the shallow areas (to 4 m) next to the bushes, driftwood, reeds.

If close to the shore bass do not bite, you need to look for it at a depth of, also near snags. But in the spring of deeper 5 meters bass is rare. Best of all, he pecks in calm weather in the morning or in the evening. If the weather worsens, the rains, the biting perch worsens.

catching perch. During the summer, the perch bite mainly in the morning at sunrise and about hours to 8-9. As always, the leader of the bait is a worm. Peck perch could both vpolvody, and from the bottom – you need to try both versions. If you catch a spinning, it is necessary to use small spinners. You can also successfully catch perch on mugs. In this case, used as bait or small roach crucian. 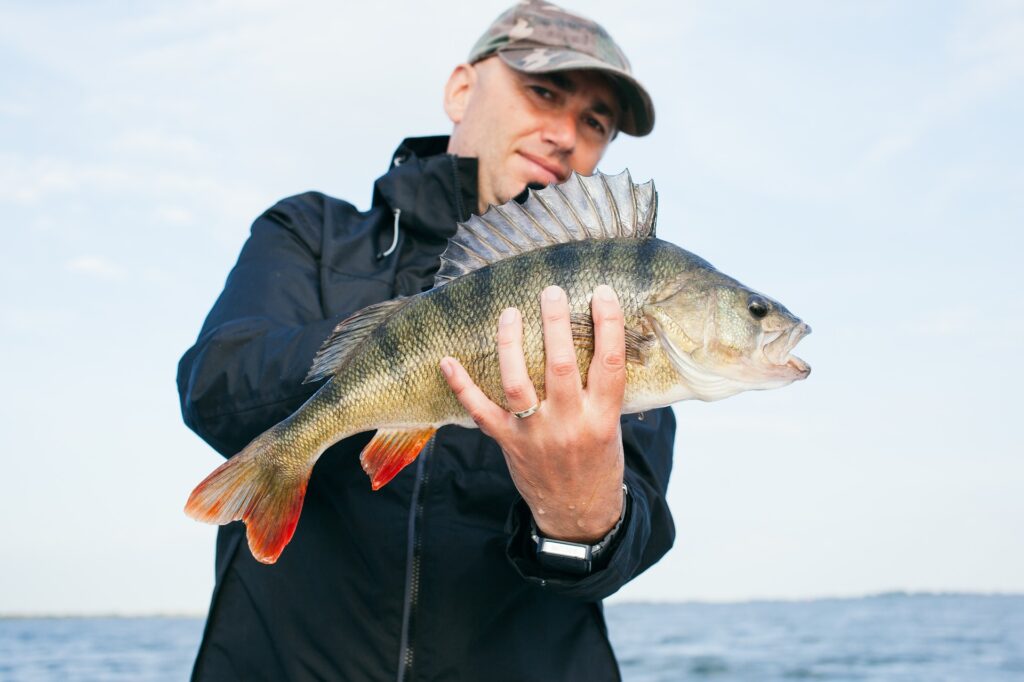 Closer to the fall begins kuchkovatsya perch in packs for hunting for fry. Should catch some snags, on the heights of the river bed. Bite in the morning, and day, if the weather without sharp changes in temperature and pressure.

Winter perch bite is usually from morning to evening. The best thing that happens in reservoirs. but perch, probably, have to search, as it can be moved over the pond due to lack of oxygen. He may accumulate near the crack in the ice. Catch can jig, using a worm as bait, bloodworms or fry. If catching big perch, it is possible to string together a bunch of bloodworms 5-7 pcs. For trolling small lures used most, rarely – average.

Largemouth bass can be caught all year round. the main thing – know, where and how! 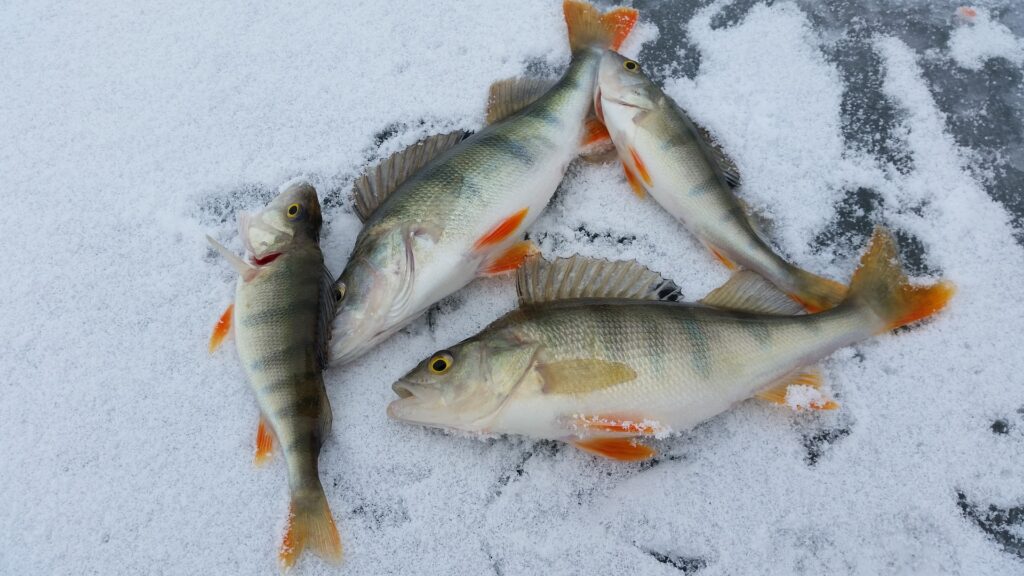