Vegetation to help the fisherman

Terrestrial flora and its effect on fish.

Everything around blooms and smells, therefore, vegetation to help the fisherman, and not only on land. In reservoirs of even the middle strip, there are several hundred species of higher vegetation and even more varieties of lower. Naturally, fish respond to such an important factor, like the hydro-flora of a pond. Unfortunately, while scientists have not studied this issue in great detail. This material is collected "with the world on a string", but even in this form it is extremely interesting and useful for successful fishing.

Coastal, coastal, and just ground vegetation is the most important calendar of fish ecology. Experienced fishing enthusiasts are well aware, what to look into an ordinary Gregorian calendar to no avail. Fish do not live by it. Much more reliable to look at the plants. 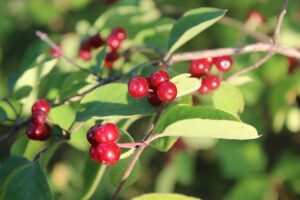 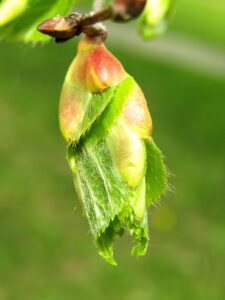 Mustache – when pears and elderberries bloom 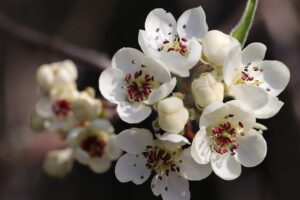 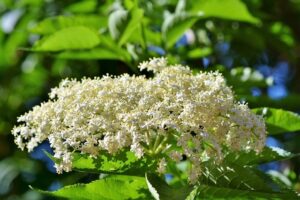 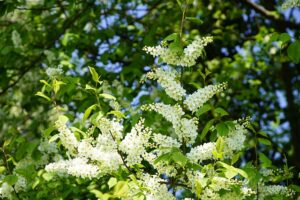 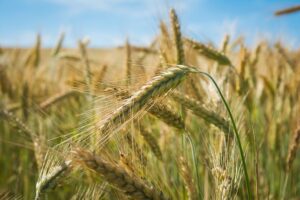 Catfish spawning, when the dog rose begins to bloom 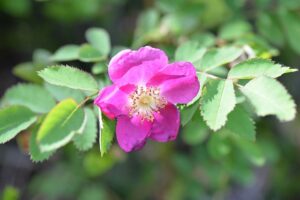 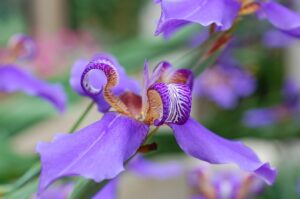 Trout – then, when birches turn yellow 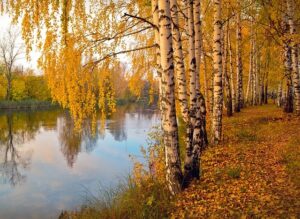 Vegetation correlates not only with spawning periods. So, wolf bast blooms then, when ice comes off inland waters. So plant a wolf bast under the window, irises, черёмуху, pear and you will be informed better than anyone.

Hydroflora and its effect on fish life

Aquatic vegetation is divided into higher and lower. Of the lowest, algae and fungi are of the utmost importance.. Mushrooms play a rather negative role in fish life – they hit like a fish itself, causing her death, and caviar. But it should be noted, that mushrooms affect not healthy fish, but only that, who is weak or sick. For a population, such an individual has no value, so mushrooms can be called the engine of evolution.

Seaweed, one side – useful and necessary element of the reservoir. For fish of many species – this is nutrition; for invertebrates – feed; in the afternoon they release oxygen. On the other hand, algae do huge harm to fish, and the reservoir as a whole. Bloom, frozen events contribute to an epidemic among fish, do not allow caviar to develop. At night, algae absorb oxygen.

Higher aquatic vegetation often plays a positive role. She provides fish shelters, places for ambushes and is the habitat of fish of many species. And also such vegetation – one of the main spawning grounds for fish, laying eggs on plants. Some fish from plants build spawning nests. Moreover, it is among plants that juveniles are most often grown. There is always more oxygen around them during the day (at night – conversely).

Pisces, living among plants, can always be recognized by the "overgrown color". They have a brownish, a greenish or yellowish back and transverse stripes or stains on the sides.

This color is characteristic of fish thickets or coral reefs. Many aquatic plants are food for fish.. For some, plant foods are ancillary, takes not so important place in the general diet, and they can easily do without it. For others – plant elements make up 50% feed base. Among the fish, there are also full vegetarians. Of the fish of our waters, grass carp and rudd are fed only by higher aquatic vegetation.. Among marine fish, there are even fewer herbivorous forms.

An important role in the nutrition of a large number of fish in our reservoirs is played by plant natural detritus, and for the Amur podust, young lampreys and some others – this is the most important part of the diet. So be sure to consider these nutritional characteristics of such fish, when cooking bait yourself. Be sure to add plant elements to bait and baits: chopped lettuce, seaweed and other equally tasty foods. 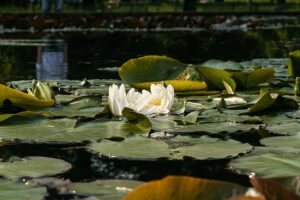 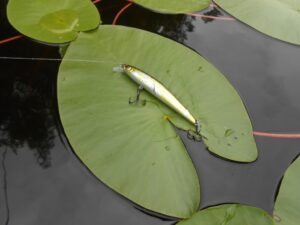 Vertical plants, such as sagittaria, Wallisneria and others, well mask fish with vertical stripes on the body: perch, zander, ruff, pike etc. The coloring of such fish is mimicking. 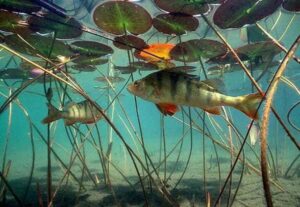 But not only fish eat plants, there are also predatory aquatic plants, which themselves feed on juveniles and fish larvae. One of these plants – Pemphigus vulgaris. 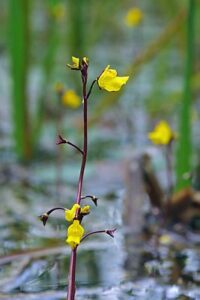 On the thin stems of pemphigus forked leaves, which are strewn with bubbles. Each bubble has an inlet. Because it closes with a valve. Can let animals in, but not out. Different animals often swim in these bubbles, and not only invertebrates, but also young fish. A creature caught in the bubbles cannot go back and die. Decaying, it nourishes the plant. 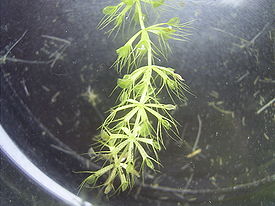 It catches fish with its leaves, which fold in the form of a shell-chamber, lined with sensitive hairs. When something touches the hairs, the camera slams, and the fish is trapped in a shell trap. Well, then – fish death, plant decomposition and nutrition.

The main groups of water plants

Depending on the habitat, aquatic vegetation is divided into five main groups.

In the afternoon, all these plant groups absorb carbon dioxide from the water and release oxygen into it.. And at night the reverse process takes place. However, most plants purify water – turbidity and other deposits settle on their leaves. Most often, those bodies of water, where a lot of higher vegetation, not subject to "flowering" in the heat. But the same plants can rot, then the reservoir stagnates, which is detrimental to ichthyofauna.

The relationship of fish and water plants

It should be noted, that in dense thickets there is no fish. She loves moderate vegetation off the coast, and in the middle of the pond.

Crucian, rudd, scavenger, язь, bream, tench, roaches and many other fish of our waters in the summer prefer to feed on young root shoots and leaves of aquatic plants. 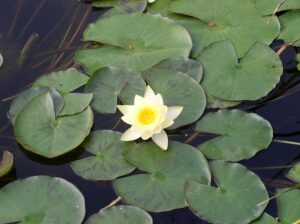 Sign of, that there are a lot of fish in the pond. Its thickets serve as a shelter and food for roaches, rudd, crucian carp, line, dace, Sazan, lens, язя, tops and many other fish. In the thickets of water lilies, you can also meet predators: perch, zander and even pike, although these fish are more likely to live among vertical vegetation. 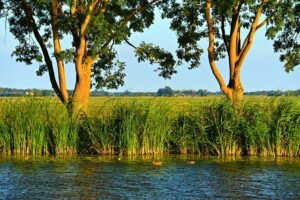 Serves as a habitat for fish of many species. Only here you need to take into account some zoning, if you catch certain fish. Carp , tench, rudd, carp and crucian love the bottom reed part, while roach, carp, dace and ide live along the line of reeds, but try not to swim in the reeds.

It is also important to consider seasonality: carp, tench and common carp live in reeds only in spring, and in summer and autumn he does not attract them. This is also caused by the movement of their feed objects.. Large perches prefer located near the reeds border , where there is a decline to a depth. Redfin and perch choose reed beds for spawning. Very often it is at the reed border that you can meet a pike in ambush. So don’t pass or swim by these plants. Pike is generally a big lover of vegetation, and not only reeds. No wonder it is called - pike-grass. All its coloring works for, to merge with vertical aquatic plants as much as possible. 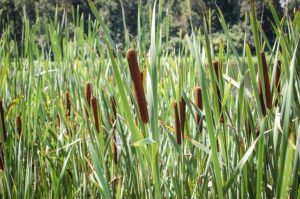 Among its thickets you can meet rudd, line, plotvu, crucian carp, Sazan, dace, ide and other fish. And here do not forget about seasonality: for carp, carp and crucian cattail is relevant only in early spring, when its shoots are juicy and tender. Later it becomes tough and inaccessible to eat these fish.. Many fish in the clump of cattail prefer to be at a depth 40-60-70 cm. Higher and deeper they try not to move. 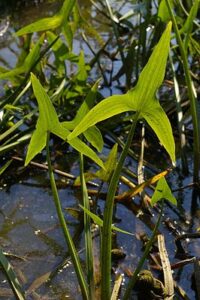 Highly nutritious plant for fish. Its shoots contain even more starch., than potatoes or bananas. It is very attractive to roaches., rudd, lens, язя, chub and other fish. Along the thickets of these plants pike and perch like to hunt.. 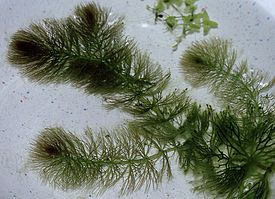 Adore fry and young fish. Water near hornwort always very clean, almost without turbidity. All the turbidity settles on its finely feathery leaves. Important, that there is enough hard water around the hornwort, low pH. It also produces tannins.. Sometimes they eat ide, crucian carp and carp (but only as an addition to the main meal). 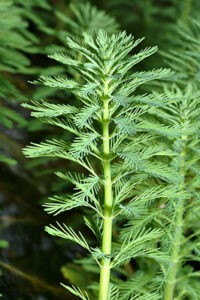 In her thicket you can always meet bream, plotvu, rudd, язя, dace, crucian carp and many other fish. After them, naturally, the predators are pulling themselves up. So urut can please fans of a variety of fish.

Some plants in our ponds do not like fish very much. And if you find them in the water, change location. These primarily include Canadian Elodea. 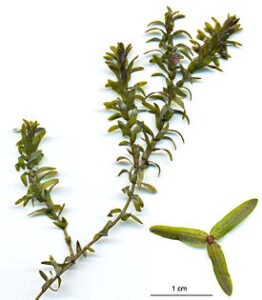 Doesn’t love her most fish. However, it is the subject of nutrition for the linear, crucian carp, bleaching, roaches, rudd and some other fish. But they graze there for long, trying to eat and sail away to another place. 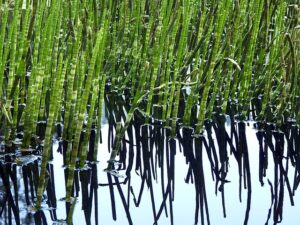 Unlike many other plants, gathers fish around him in autumn and winter. This plant treats fish. If she has minor injuries and injuries, she seeks horsetail. The water around this plant is disinfected and has bactericidal properties.. Amid the horsetail, it is possible to catch the rudd, carp, crucian carp, line, язя, bream and many other fish, followed by predators. 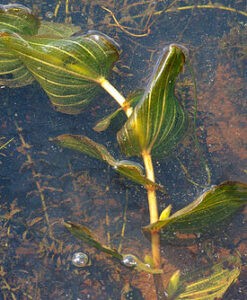 One can rightly be called fiefdom tench, who eats it. In addition, among fish, many fish prefer to spawn., using his leaves. And rdest protects and hides fish well from predators, because large pikes and perches do not like to go into its dense thickets even after the object of hunting. In addition to tench among crucian carp there are crucian carp., bream, carp, roach, gustera, scavenger, head, bleak.

The depth of the pond is easily determined using plants. So if in front of you cane, then the depth here is usually 0,5-1 m. Depth among rddest - to 2 m. Thickets of water lilies indicate a rather large depth - to 3 m. Elodea, уруть, hornwort and reed - up 4 m. Besides, plants will be able to judge the purity of water, about age, oxygen regime and water supply. And also about, what types of fish can be found at the moment and where exactly. What is the soil here, which invertebrates inhabit. Just need to learn how to read the pond correctly.